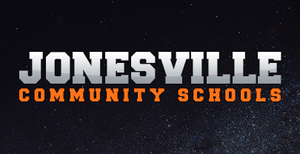 The Jonesville Community Schools Board of Education has elected Erik Weatherwax as its next Superintendent of Schools.  Mr. Weatherwax currently serves as the Northeast Elementary Principal with the Jackson Public Schools, a position that he has held for the last four years. Previously, he served as the Associate Principal at Parkside Middle School and as an advanced placement teacher at Jackson High School.

Mr. Dustin Scharer was initially selected for the position, but he has accepted another principalship.

The interview process included an initial interview with candidates.  A second interview included a presentation of a 90-Day Plan with questions from the board asked during and after the presentation.  Finally, the board met with Mr. Weatherwax  to insure both parties were aligned in the needs and vision of the district.  Input was provided to board members throughout the process by staff and community.

Mr. Weatherwax will officially begin on July 1.  The position became available as Mrs. Chellie Broesamle announced her retirement after admirably serving the district for ten years as superintendent.

The process was facilitated by Michigan Leadership Institute.